Dan + Claudia Zanes – Ticket Donations Fund: can’t go but would like to allow others to go in your stead?

“The family-music genre’s most outspoken and eloquent advocate.” – TIME 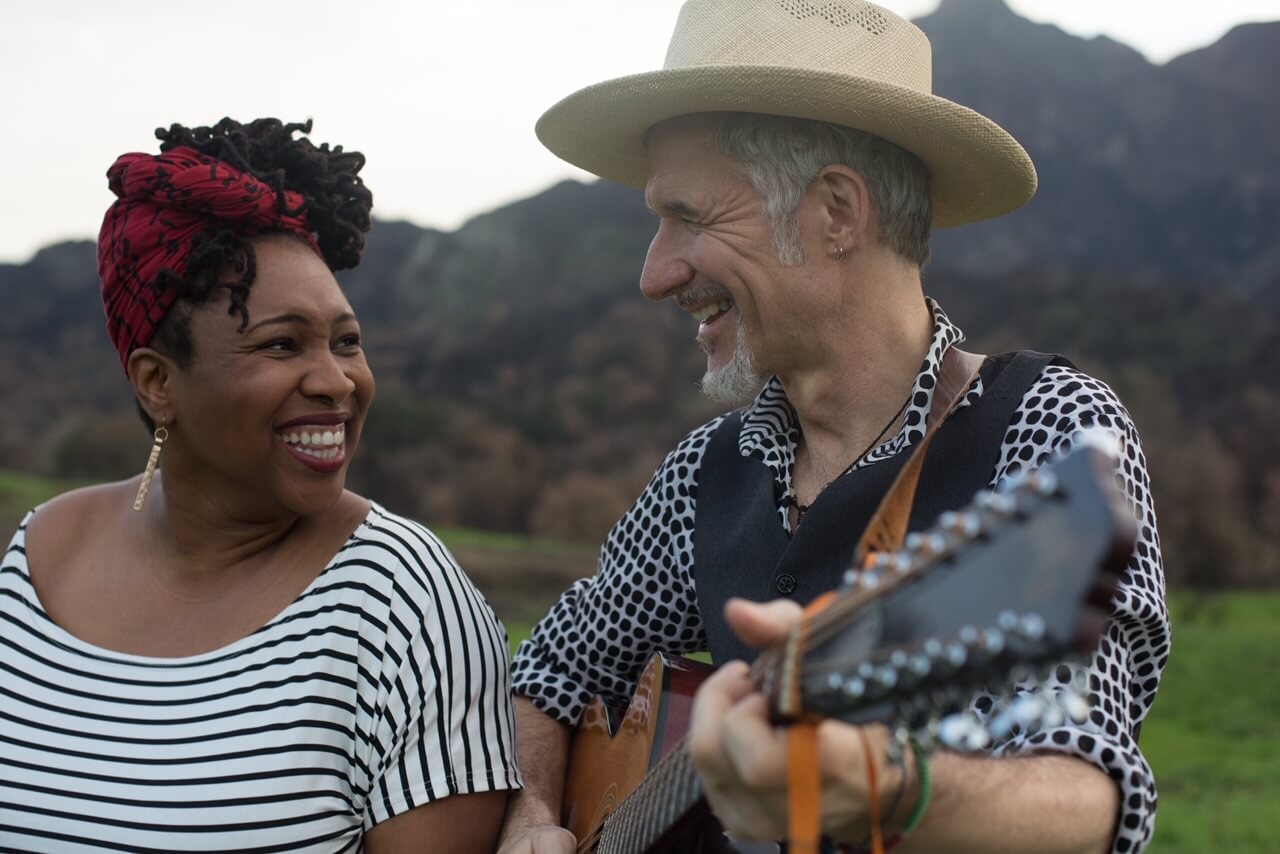 “The family-music genre’s most outspoken and eloquent advocate.” – TIME

Grammy award winning children’s performer Dan Zanes and Haitian-American music therapist / jazz vocalist Claudia Zanes have been making music with each other since the day they met in the fall of 2016.

The two decided while sitting at Dan’s kitchen table that afternoon that they would continue singing together and, in the spirit of progress and inclusion, would work with presenters to try and make all of their concerts sensory friendly.

Inspired by their artful modern-day all-ages folk music and their commitment to accessibility, the Kennedy Center commissioned Claudia and Dan to create a theater piece for young audiences.
Night Train 57: A Sensory Friendly Comic Folk Opera
premiered in October 2017 and has been performed several times since.

Their love of songs and communal music-making lead to a publishing deal with the Quarto Group USA and the result, an award winning songbook entitled Dan Zanes’ House Party: A Family Roots Music Treasury, was released in 2018.

In late 2019 the couple - now married! - moved from Brooklyn to Baltimore and what had been a full schedule of theater, school, and festival performances evaporated with the advent of the coronavirus. When a national state of emergency was declared in March, Dan and Claudia started their Social Isolation Song Series. For the next 200 days, in an effort to stay connected and uplift others, they performed a different song every day. This series of videos currently resides in the Library of Congress.

The two continue to adapt and reinvent and sing their way to new beginnings. In addition to music making, Claudia runs her flourishing handmade skin care business called CLEO Soaps and Dan continues his work with Constructive White Conversations, a white antiracist organization he co-founded in 2011.