Masks will be required at all times while in the building. 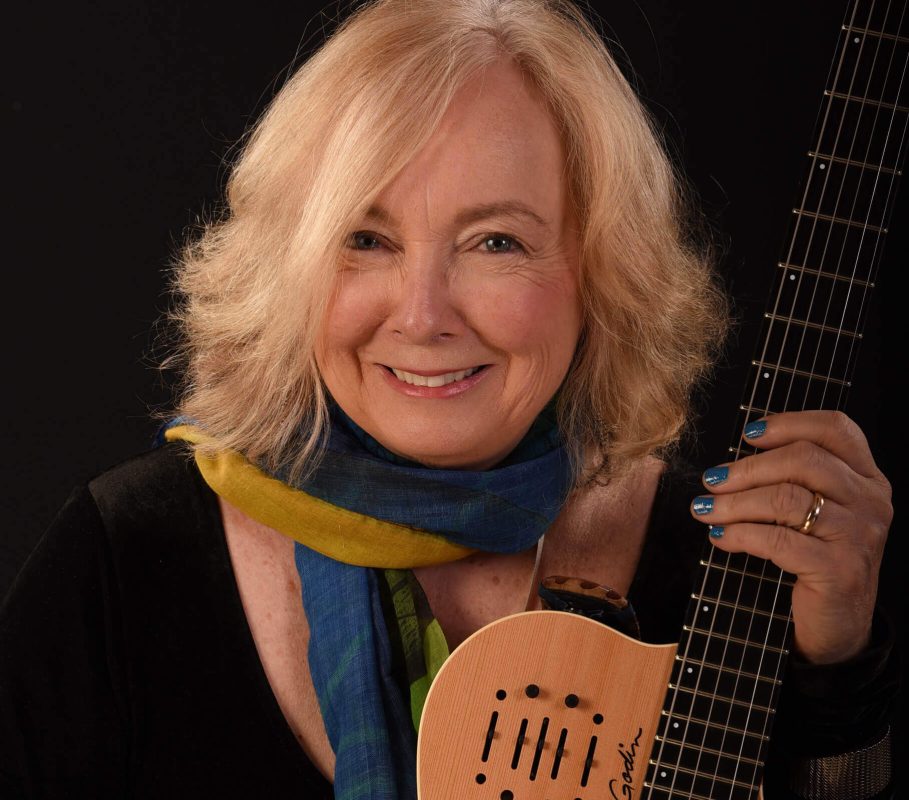 Her first jingle as a singer was “Join the Pepsi People" for Pepsi Cola Company, which won the coveted Clio Award. She also sang on many jingles for companies such as Hasbro Toys' "Weebles", Hardees, and Texaco.

In New York City, she played at Gerties Folk City, The Bitter End, and Reno Sweeny’s. She also wrote music for the PBS children’s show “THE ELECTRIC COMPANY.”

Along with songwriter Lee Kweller, Suzanne wrote “The Power’s In You” which won an Honorable Mention in the gospel category at the John Lennon Songwriting Contest. Suzanne starred in a sold-out rock 'n roll concert, "SHE'S A REBEL, FEARLESSLY GOING WHERE NO WOMAN HAS GONE BEFORE," covering famous male-dominated rock 'n roll songs from the 50's through the 80’s.

Suzanne has also written for and performed as part of the group "Exit 43," a Unitarian-gospel, group that recorded its CD, “Home at Last," in 2009 and is available on CDBaby.com

She has traveled throughout the Northeast, Canada (twice) and Australia performing her Tribute to the music of Joni Mitchell and Leonard Cohen. On September 22, 2012, Suzanne performed a concert of the Mitchell/Cohen music at Voices Café in Westport, CT and this live recording is now available at CDBaby.com and on her website, http://www.suzannesheridanmusic.com. This CD is entitled, “Suzanne Sheridan Sings the Music of Joni Mitchell and Leonard Cohen.” She performed this concert in 2014 at Long Wharf Theatre in New Haven as a benefit for the ACLU.
Suzanne produces and performs an ongoing series at the Westp

ort Historical Society called “Coffeehouse at the Wheeler’s” which has become extremely popular among folk audiences. Suzanne’s tribute to Carole King, Carly Simon and Joni Mitchell - the women who changed pop music forever – began at the “Coffeehouse at the Wheeler’s” and has had great success in many venues including Voices Cafe. She is also very proud of her collaboration with Bob Cooper in developing a tribute concert to Bob Dylan.

Again, at Voices Café, The Suzanne Sheridan Band along with Rob Silvan and The Talmadge Hill Choir performed an original show called “Let The River Run” as a benefit for KEYS MUSIC.
Other recordings include her latest compilation of 20 of her original songs entitled “Standing Ovation” also available through CDbaby.com. Her music website, www.suzannesheridanmusic.com has her upcoming gigs; her photography website is www.suzannesheridan.com. For booking contact Rozanne Gates 203-984-7562

BOB COOPER - KEYBOARDS
Bob Cooper, keyboards, lived in Needham and Deedham, Massachusetts from 1988 to 2009. He played with many different bands including The Basics, Blues Food, Groove Authority, Soul Casters, Hipsocket, Southern Revelation, Slo' Burn, and the Boston Soul Revue ‘Urban Renewal.’ He played 10 years for all concerts with the Doo Wop Hall of Fame of America and has backed up many famous musicians. In Framingham, he played at the Chicken Bone many times with at least 6 different bands. He began his collaboration with Suzanne Sheridan and The Suzanne Sheridan Band in 2010 and as her musical director and keyboard player they have played many venues on the East Coast including Voices Café; Coffeehouse at the Wheeler’s (5 years); The Piggery Theatre in North Hatley, Quebec; Long Wharf Theatre in New Haven, CT; Huntington Street Theatre; Amazing Spaces in Framingham, MA and many benefit and house concert performances. Together they have developed tribute concerts to Joni Mitchell and Leonard Cohen; Carole King, Carly Simon, and Joni Mitchell, and James Taylor and Linda Ronstadt; and Bob Dylan. Bob currently lives in Westport, CT with his wife and his dog, Odie.

JOE MEO – SAX, CLARINET, FLUTE
Joe Meo is a multi-woodwind player who has had a wide-ranging musical career that seemed preordained – his first instrument (a clarinet) fell out of a car and landed across the street from his house when he was 8 years old! Joe has played in numerous rock, funk and jazz bands from New Jersey to Massachusetts and has toured the world with the Jeff Holmes Big Band and the Ed Palermo band and has played with the Tonight Show orchestra under Doc Severinsen.

Joe has played with many pop artists including Billy Vera, the Pointer Sisters, the Four Tops, the Temptations, and Johnny Mathis. His abilities on clarinet, sax and flute have allowed him to play in pit orchestras for Broadway productions. Lately he has added guitar and vocals to his musical arsenal. He also has a thriving teaching career, teaching privately and substituting in private and public schools. He is equally adept at all genres of music combining outstanding reading skills and the ability to improvise, allowing him to fit seamlessly into any musical situation.

JAKE HABEGGER – DRUMS AND PERCUSSION
Jake Habegger holds a Bachelors degree in music performance from Western Connecticut State University. During his studies at WCSU, Jake had the great opportunity to share the stage with jazz legends John Scofield, Rufus Reid, and Benny Golson. Mr. Habegger is an in-demand freelance musician and educator. He has taught piano and drum lessons privately in Fairfield County, CT for over three years and has been teaching drum lessons since he graduated high school in 2007. Mr. Habegger currently plays in the New Haven-based experimental rock band, Rudeyna, who can be heard performing all over Connecticut. His association with The Suzanne Sheridan Band began in 2016 with an appearance at the Weston Historical Society and continued with the Bob Dylan Tribute at the “Coffeehouse at the Wheeler’s” series in Westport, CT. This will be Mr. Habegger’s first appearance in Canada.