Live streaming is free, but donations are encouraged before or during the concert.  Donations support the artists and a portion of proceeds support our social justice programs.
Click here for link to the live stream here: https://voicescafe.org/feathers/
Click here for link to our donations page here: https://voicescafe.org/donate/
Category: The Black Feathers 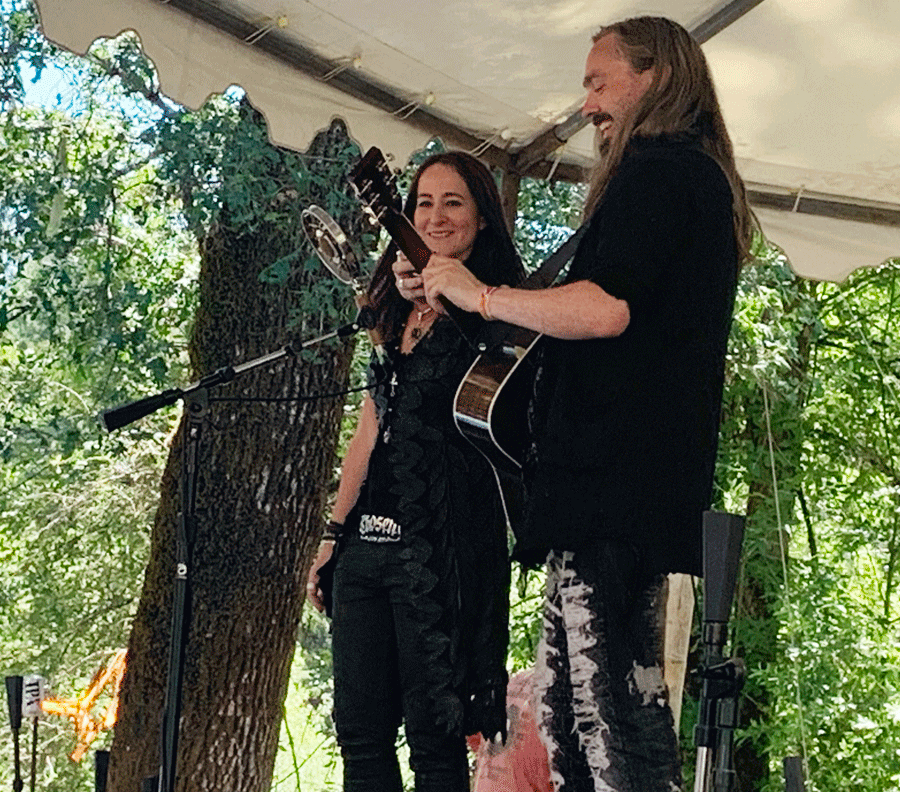 The Black Feathers, made up of Ray Hughes and Sian Chandler, are two such talents. They first became aware of the magic between them while collaborating on several musical projects, becoming The Black Feathers and life partners in 2012.

Americana, Folk, and Acoustic Indie Rock sensibilities coexist comfortably in their musical world, with Hughes’ guitar work buoying the kind of harmonies often only heard in family bands. Their music quickly draw the interest of listeners, but it is the stage chemistry that will keep them riveted.

Having already built up a loyal following in the UK, The Black Feathers have been spreading their wings across the US. They have performed at Philadelphia Folk Festival and AmericanaFest, and have also been awarded official showcases at the North East Regional and Far-West Folk Alliance conferences.