Learn about the artists

Get to Know the Artists 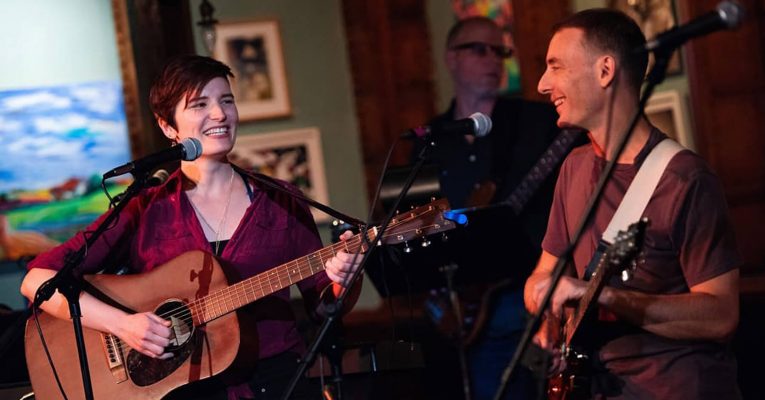 The twosome met at music school in London. At the time, Eleanor was a singer-songwriter seeking to collaborate, and Elie had a reputation of being one of the institution’s most gifted musicians. The pair found freedom in creating as a duo, working together to blossom Eleanor’s song seedlings with a full range of harmonic, instrumental, and arrangement possibilities. Their passion is palatable and Eleanor shares that “…creating and performing gives our lives meaning and purpose.”

The pair’s debut album, Go Call the Captain, was named "one of the year's most luminous albums" by The Big Takeover Magazine. Marquee career moments include official showcases at the Northeast and Southwest Regional Folk Alliance Conferences; being Kerrville New Folk finalists and Philadelphia Songwriter's Project winners and Eleanor and Elie having the honor to lend their voices to Pete Seeger and Lorre Wyatt's album, A More Perfect Union.

The Whispering Tree’s second album, Invisible Forces, released in 2018, was self-produced and recorded at their bucolic Beacon, New York home with help from fellow Hudson Valley musicians Otto Hauser, Will Bryant and James Hearne. Thematically, Invisible Forces explores duality and the struggle for a sense of permanence in the face of inevitable change, inspired by the pair’s new home in the pastoral Hudson Valley. This album includes some fresh turf for The Whispering Tree as the duo integrates a touch of classic rock swagger within its elegant folk-pop. The bedrock music of the 1960s and 1970s has always been an influence, and prior to the album, The Whispering Tree released several singles re-imagining classic rock tunes as plaintive, harmony driven folk songs.

Invisible Forces album highlights include the leadoff single, “Fat Cat,” “Heavy,” “Garden,” and the concluding track, “Bells.” The slinky “Fat Cat” has antecedents in Elie’s French background and the old-time gypsy jazz tradition back in his hometown while the satirical, anti-capitalist sentiment of the lyrics is firmly rooted in the protest songs of the 60's folk revival. The track “Heavy” may very well be an aesthetic touchstone for The Whispering Tree, showcasing the breadth of its inspirations in touching upon New Orleans-style jazz, folk, blues, and the 1960s rock and pop harmony vocal tradition, spanning the Beach Boys to the Girl Groups.

The closing track, “Bells,” is inspired by the rich heritage of the Beacon, New York folk scene in which professionals, including icon Pete Seeger, and amateurs gather around and share stories and songs. “Bells” is a sweetly rousing protest song brimming with bluesy guitar and bucolic New England countryside folk imagery. The Big Takeover Magazine called their work "A socially potent commentary of humankind's modern times"

Recharged by the creative process, The Whispering Tree will be touring nationally and internationally, and releasing more new material. “I’ve felt compelled to release these songs, and I can’t wait to share this new music,” Eleanor says. 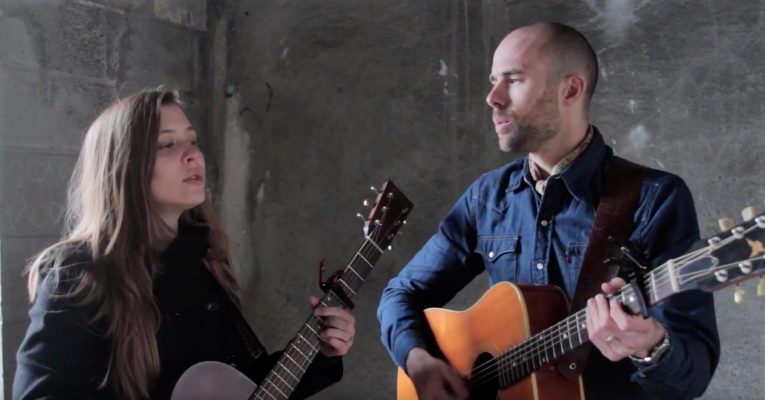 Ash & Eric (formerly The Promise is Hope”), hail from Worcester Massachusetts, and have never shied away from life’s hard edges. Their musings reflect the hope and pain we all experience in life, and finding consolation in the beauty and challenges of their lives. Sung in voices as vulnerable and honest as their lyrics, their songs feel like a sincere welcome, a shoulder to lean on, and a hand to hold at the end of a long day. In addition to top tier writing that No Depression says will have you “...coming away from many of these [songs] cleansed”, their warm harmonies, swirling acoustic guitars, and easy stage presence have earned them a dedicated following in the folk/singer-songwriter scene.

Ash and Eric met in a church, back in 2010. Their paths didn’t cross in a pew, but on the stage. There was a palpable chemistry when they joined on stage, and a shared intuition that quickly bled out from the stage into their personal lives. Perhaps it was a youthful naivete yet to be squashed by the demands and expectations of the American work culture, but Ash encouraged Eric to leave the safety of his office job for the inevitably challenging but rewarding artists’ path.

In 2014 The Promise is Hope was born with a “yes” - a decision made by two artists set on turning their dreams into a reality. The pair named their band the night before their very first show on March 1, 2014. Also, on that very night, Eric proposed, and Ash said “yes!” Shortly after that the two began writing and recording their debut album, “Where We’ve Been & Where We’re Going.”

The journey that has unfolded since that first concert has been defined by these two dreamers’ daily choice to continually pursue their vision. The vision, which began as two people sharing their hearts through the artistry of songwriting and performance, has grown and expanded to envelop a beautiful and growing community of faithful followers.

Under the moniker The Promise is Hope, Ash and Eric have released two full-length albums, “Where We’ve Been & Where We’re Going” (2015) and “Every Seed Must Die” (2018). They have performed countless shows in a myriad of venues from house and living room concerts to legendary rooms like Club Passim (Cambridge, MA) and Godfrey Daniels (Bethlehem, PA). They have performed on the Falcon Ridge Folk Festival’s Emerging Artist Stage (Hillsdale, PA), won the CT Folks Grassyhill Songwriter Competition, and performed at the CT Folk and Black Bear Americana Festivals. The pair has been nominated for New England Music Awards, won many Worcester Music Awards, and was offered a Semi-Formal Showcase at the 2019 NERFA Conference in Stamford, CT.

After much thought and deliberation, the pair decided to change their band name from The Promise is Hope to Ash & Eric. Their highly-anticipated third album was recorded, mixed and produced entirely by Eric and will be released in early 2022 alongside an accompanying short film. Their 2021 Kick Starter campaign demonstrates their deep commitment to their craft.

Ash and Eric believe that when they stand on a stage and share their hearts with a room full of people, that everyone can heal just a little bit. Ash & Eric’s artistry reflects these two dreamers forever committed to making music for their listeners that is honest, intentional, and beautiful. The pair continues to say “YES” to the power of vulnerability, simplicity, and new starts.